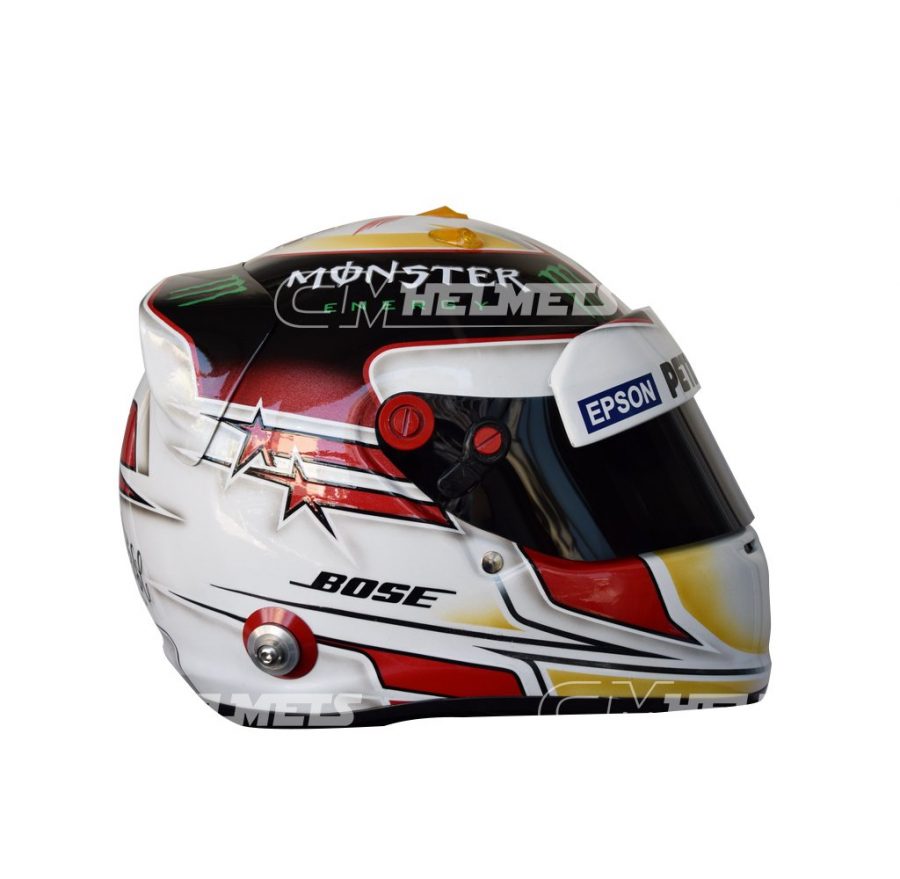 This is an exact replica of the helmet worn by Lewis Hamilton in the early stages of the 2015 Formula 1 season.

The helmet’s main aspect is the predominantly white and the red stripes on the side. As a change from his 2014 collection and the design worn by Hamilton since the 2015 Spanish Grand Prix, the red striped are thinner, with the stripes finishing with a star figure, two on each side.

The “HAM” text and the “Still I Rise” can be seen in the back of the helmet. On the top, Hamilton’s number 44, and the Hamilton brand logo are painted in candy red, while shades of yellow can be spotted on that section of the head protector.

Hamilton wore this helmet in the first four races of the 2015 season, winning in Australia, China, and Bahrain while finishing second at Malaysia behind Ferrari’s Sebastian Vettel. 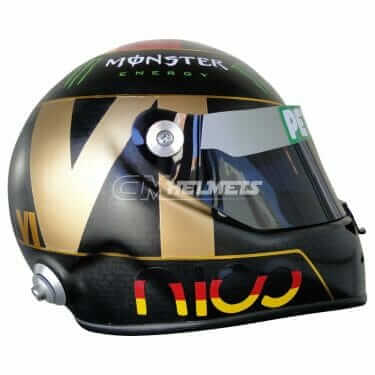 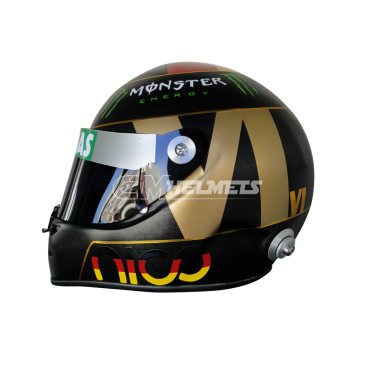 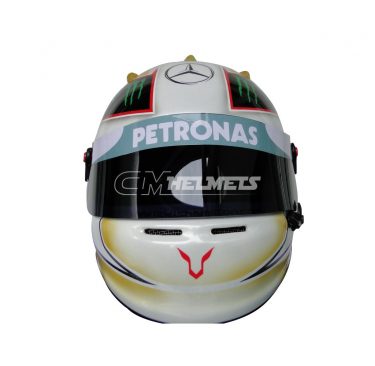 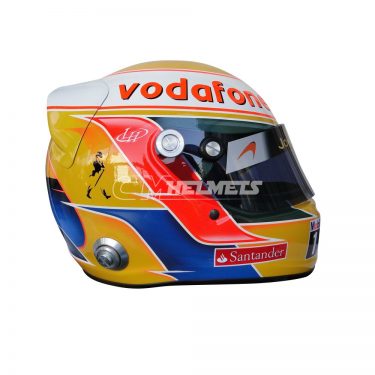 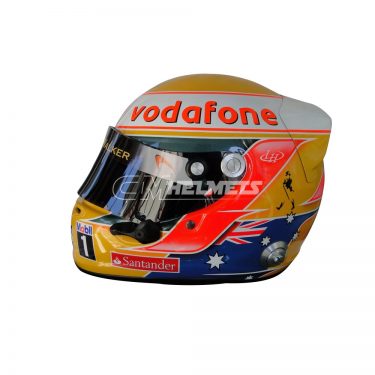