Button is a former English driver who won the 2009 Formula 1 World Championship at the wheel of the Brawn GP, the dominant car of that season.

In his F1 stint, between 2000 and 2017, Button won 15 races and scored 50 podiums. He drove for Williams, Benetton, Renault, BAR, Honda, Brawn, and McLaren. He is the third most experienced driver in Formula 1 history with 309 total entries.

Button is currently competing in the 2018-19 World Endurance Championship.

The largest catalog of Jenson Button replica helmets is for sale at the best prices. 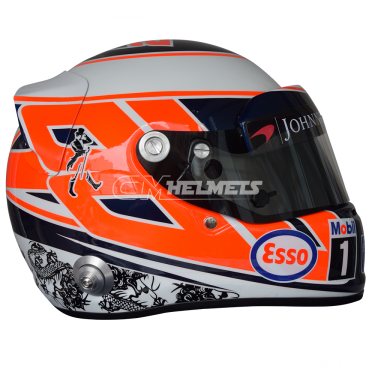 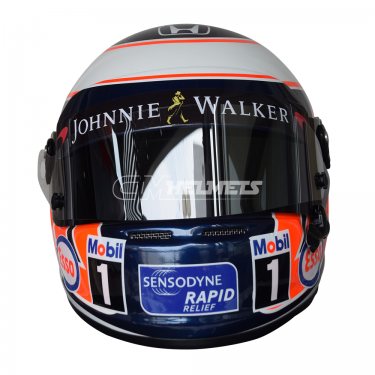