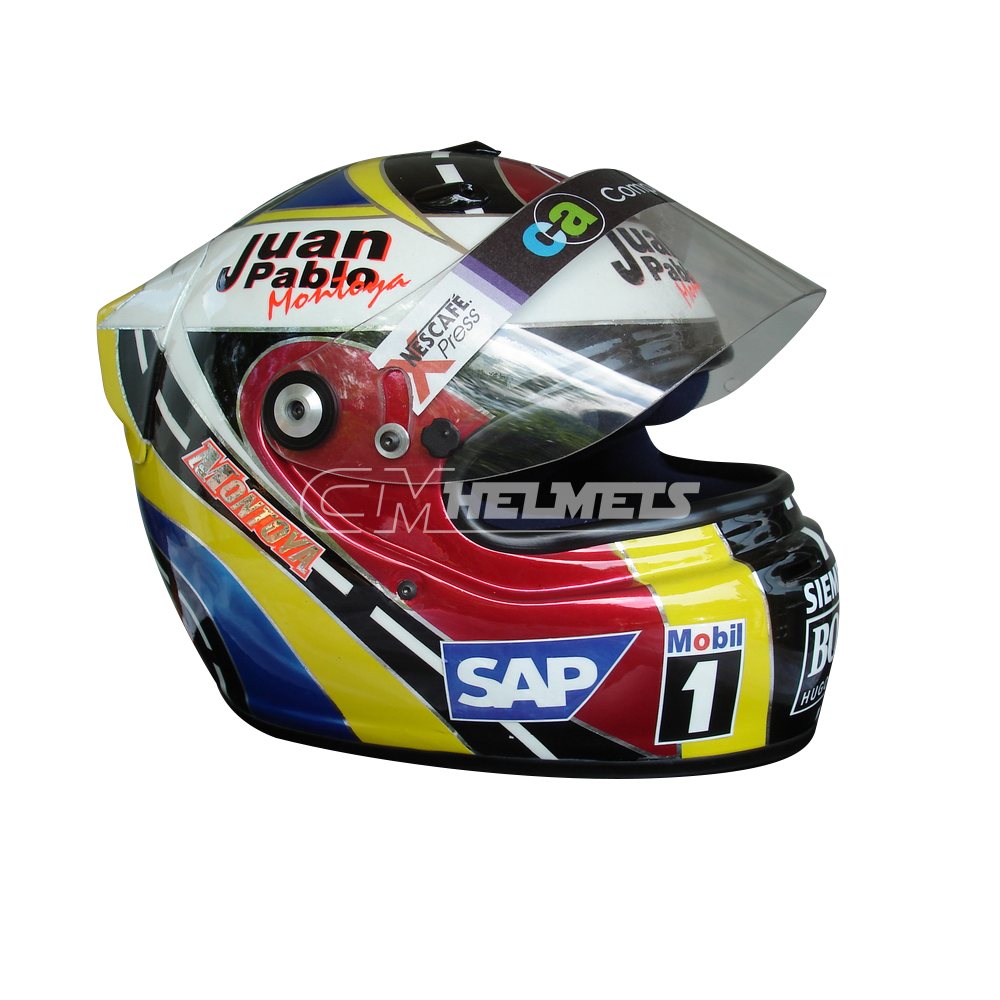 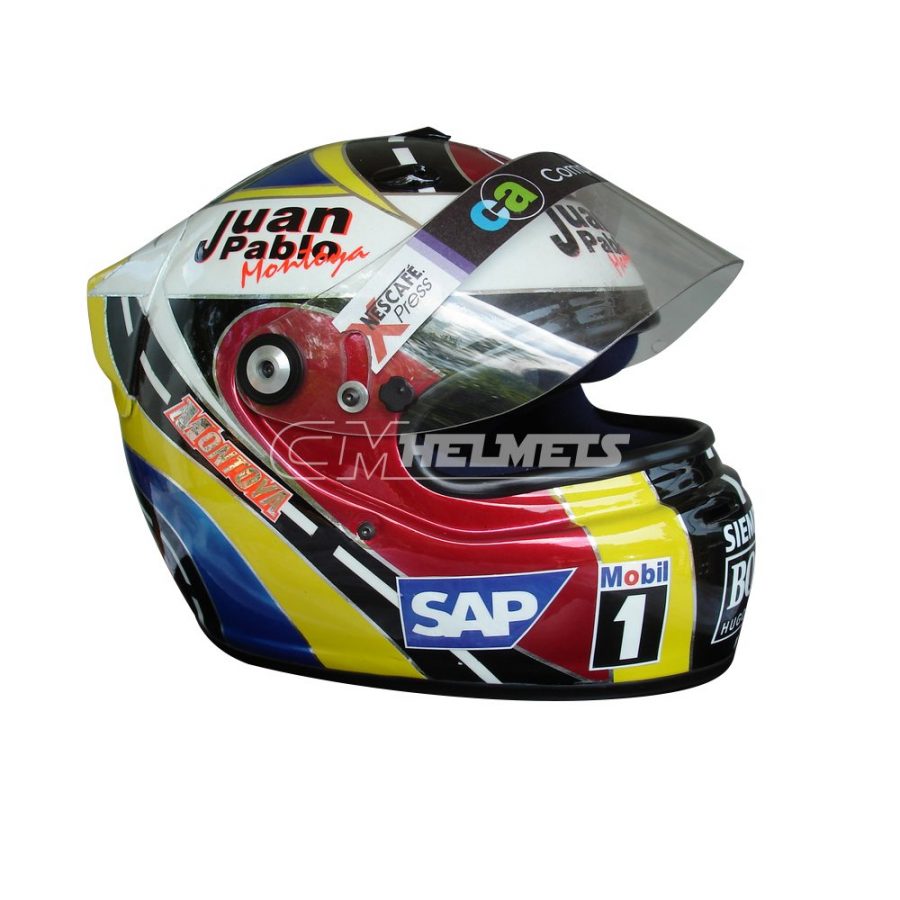 This is an exact replica of the helmet worn by Juan Pablo Montoya in the 2005 Brazilian Grand Prix at Interlagos.

Montoya’s design was normally adorned with details coloured with the colors of the Colombian flag: yellow, blue and red.

This is a special design.

From 2002 to 2005, the Formula Smiles Foundation had a competition for Colombian children to participate designing a helmet for the race at Brazil. Montoya would wear the design of the winner and would have the winner as a guest in the race.

The helmet has a white stripe above the visor with Montoya’s full name.

He won the 2005 Brazilian Grand Prix from second place.

In 2005, Montoya drove for McLaren and finished fifth in the World Drivers’ Championship after winning three races, the most wins he had in a single season.

The wooden base is not included.

The hans-device is not included. 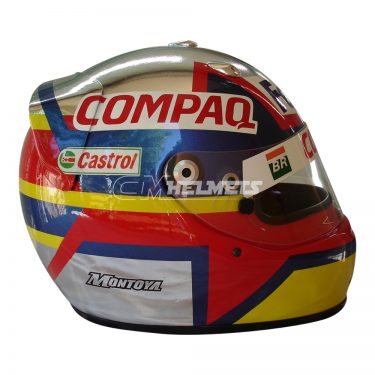 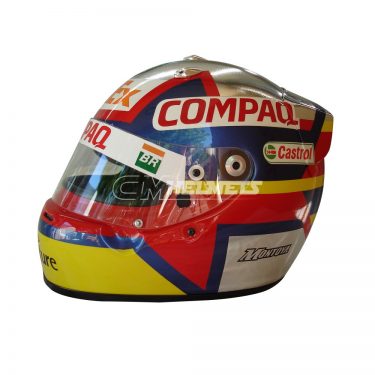