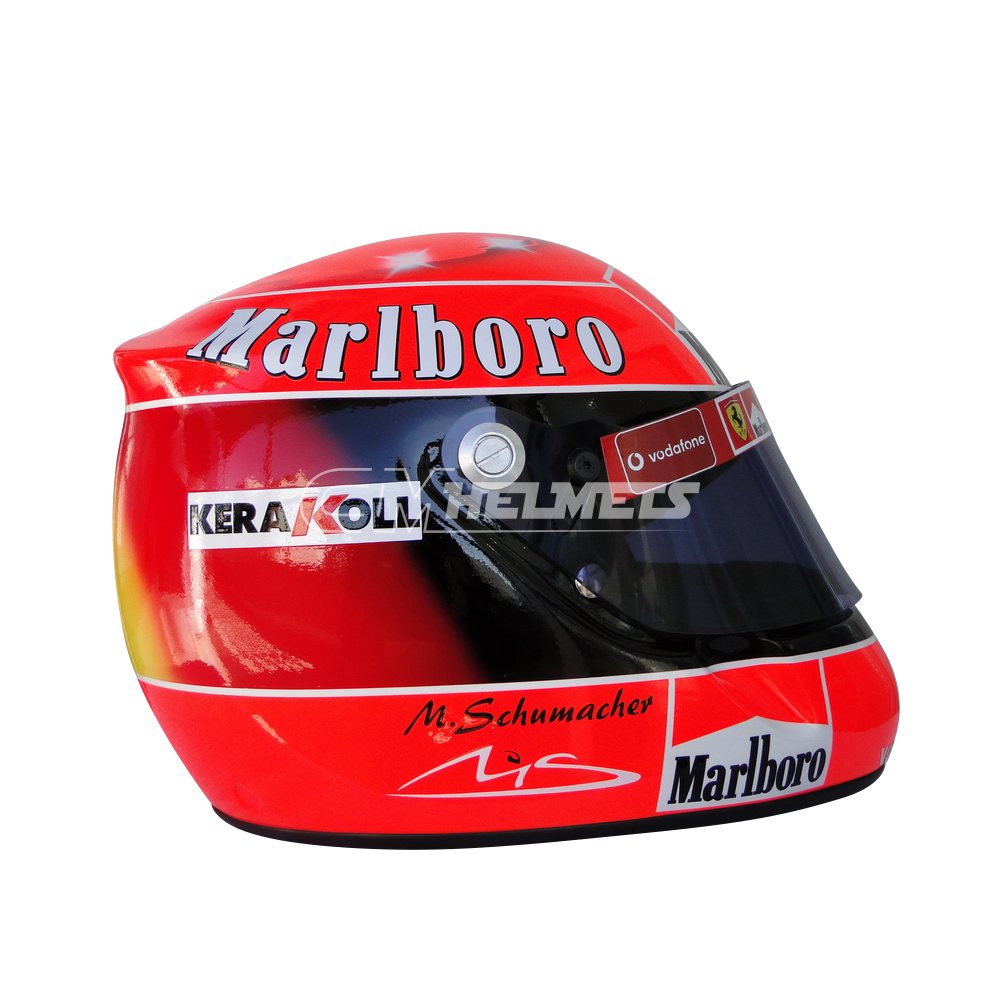 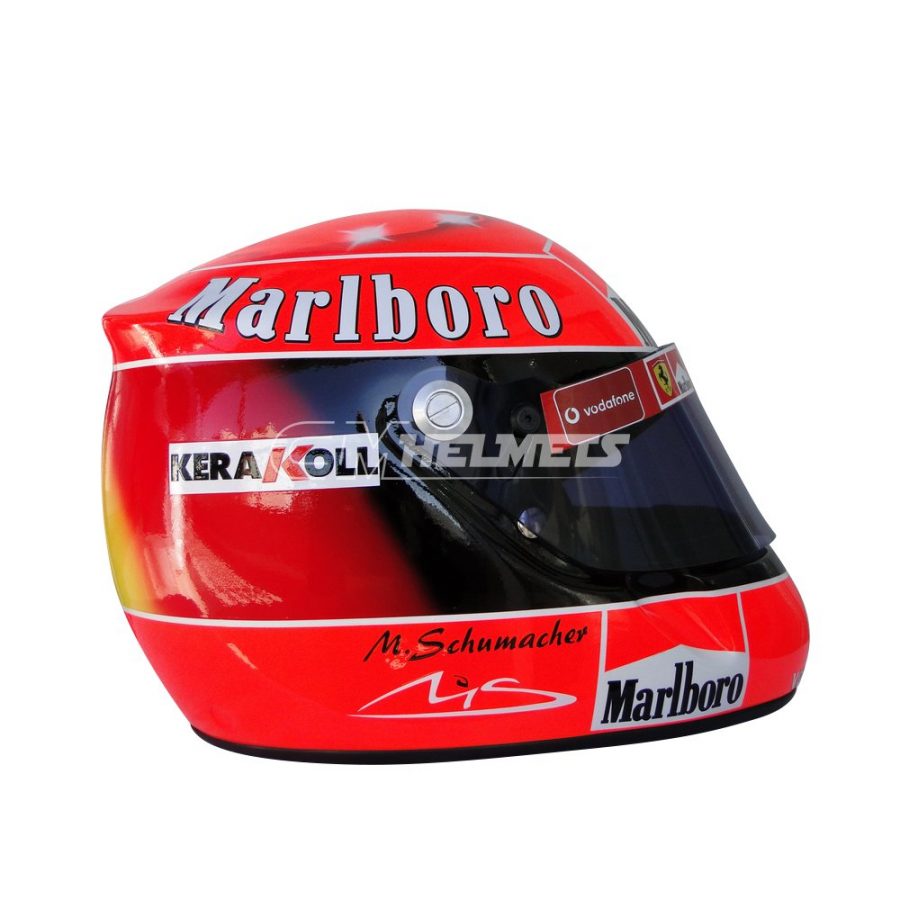 This is an exact replica of the helmet worn by Michael Schumacher in 2002 to commemorate his fifth Formula 1 championship.

Schumacher equalled Juan Manuel Fangio’s all-time record of five titles in 2002, which prompted the German driver to add some details to his helmet to celebrate his achievement. The design contains five asteroids on the top of the helmet instead of the traditional seven, to celebrate Schumacher’s five crowns at the moment.

Also, the top of the helmet contains the text “World Champion 2002” with the German and Italian flags highlighted in a European map.

Schumacher won 11 races, a then-record, reached the podium in each of the 17 races of 2002, and achieved seven Pole Positions in 2002 to win his third title in a row with Ferrari, becoming only the second driver (at that time) to win at least three straight championships, after Fangio won four straight between 1954 and 1957. 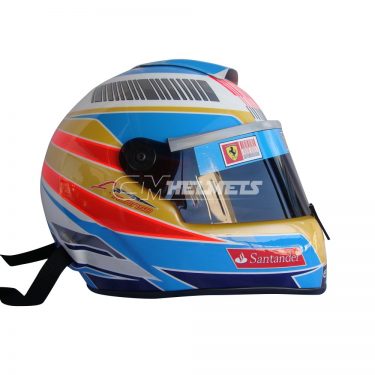 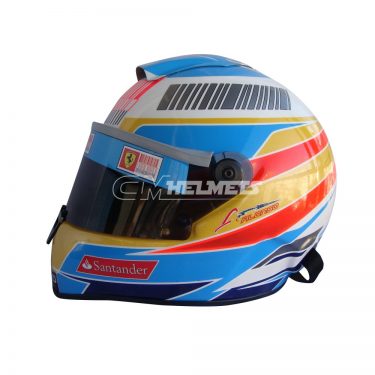 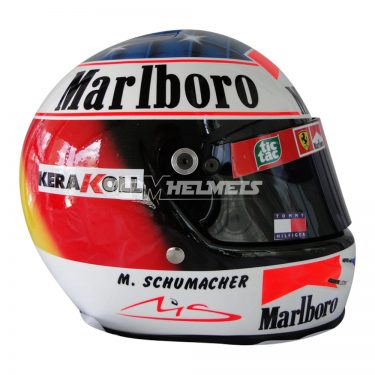 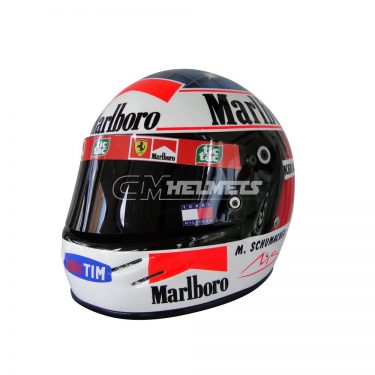 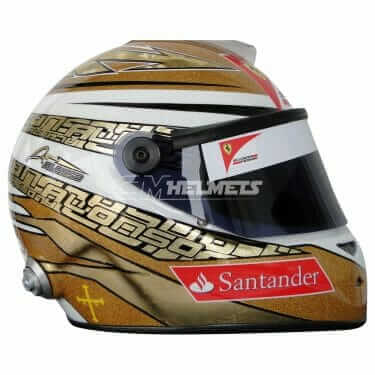 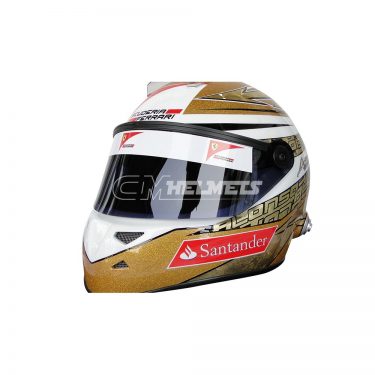 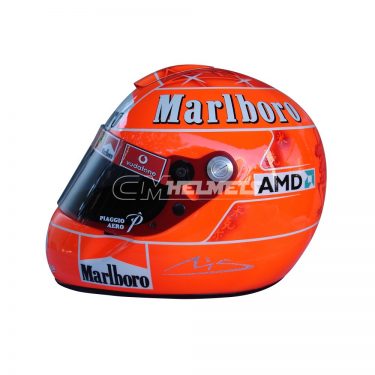 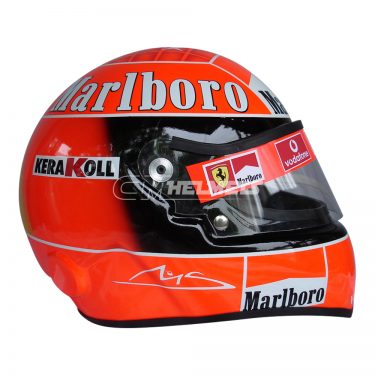 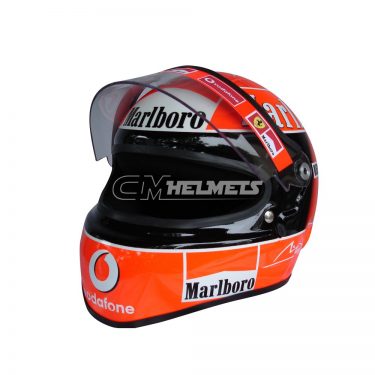 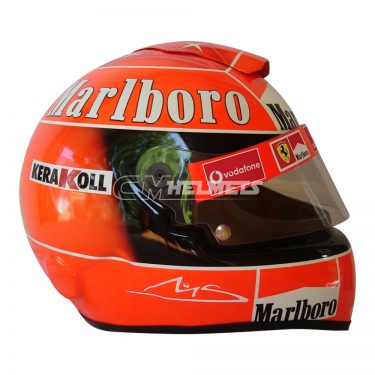 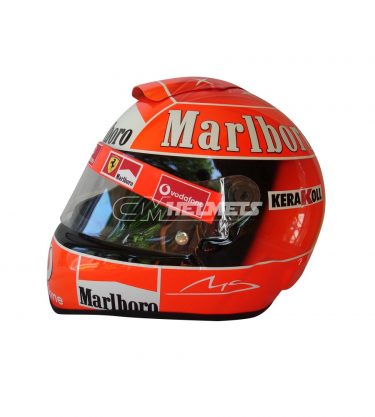