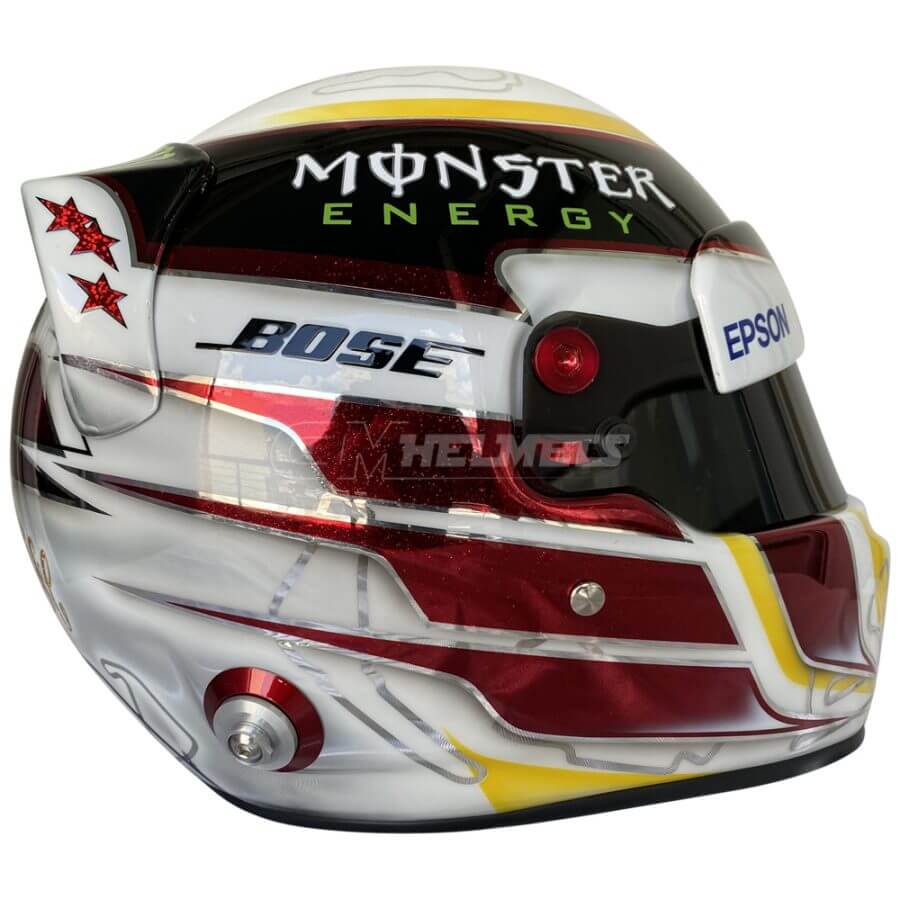 This is an exact replica of the helmet worn by Formula 1 champion Lewis Hamilton during the 2015 Abu Dhabi Grand Prix weekend.

The helmet livery maintains Hamilton’s regular design throughout the year, however, glossy finishes were added to many details of the head protector. In the back of the helmet, three laurel crowns were added with the years of Hamilton’s first three F1 titles (2008, 2014, and 2015) written on them.

On the sides and the top, the layouts of some of the circuits were Hamilton won races in 2015 were added. Hamilton’s car number (44) was surrounded on top by a circle with the colors of the national flag of Abu Dhabi, which was commemorating its 44th National Day, with Hamilton paying homage to the celebration.

In the race, Hamilton, who clinched his title at Austin with three races to spare, started second and finished second.