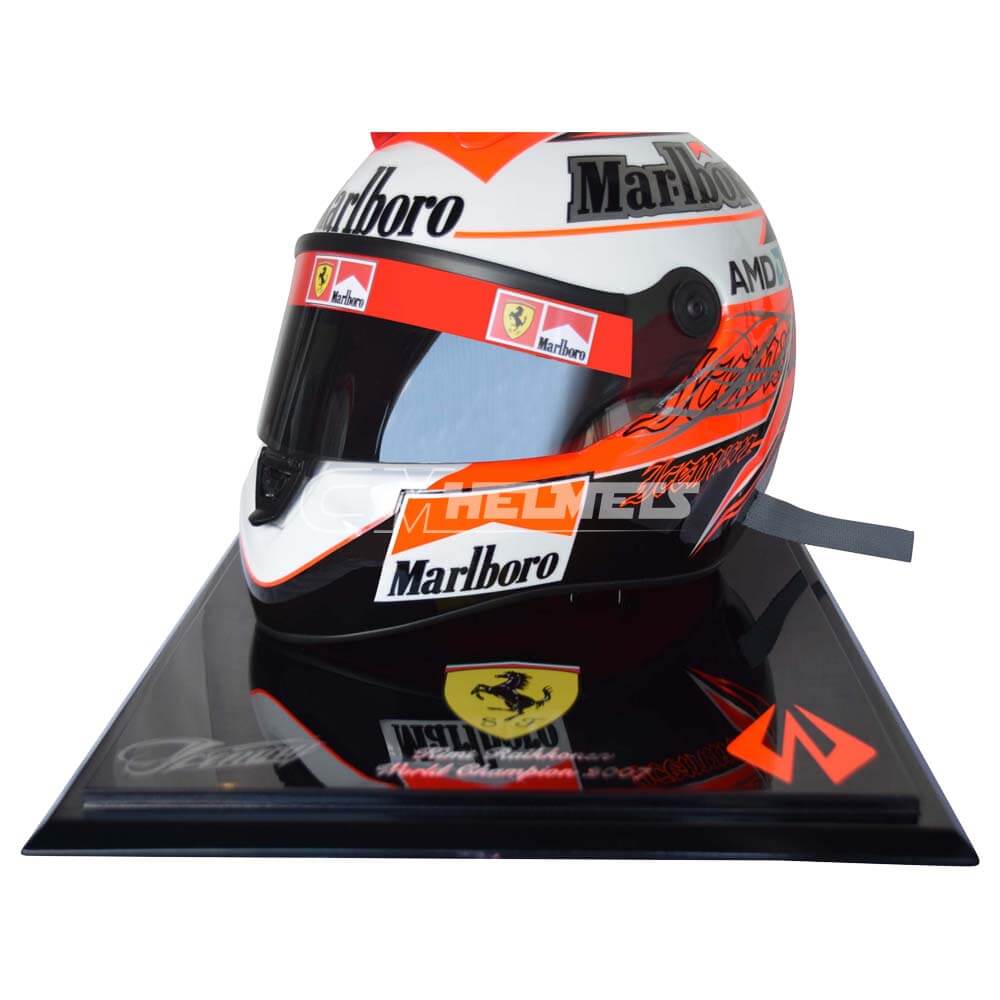 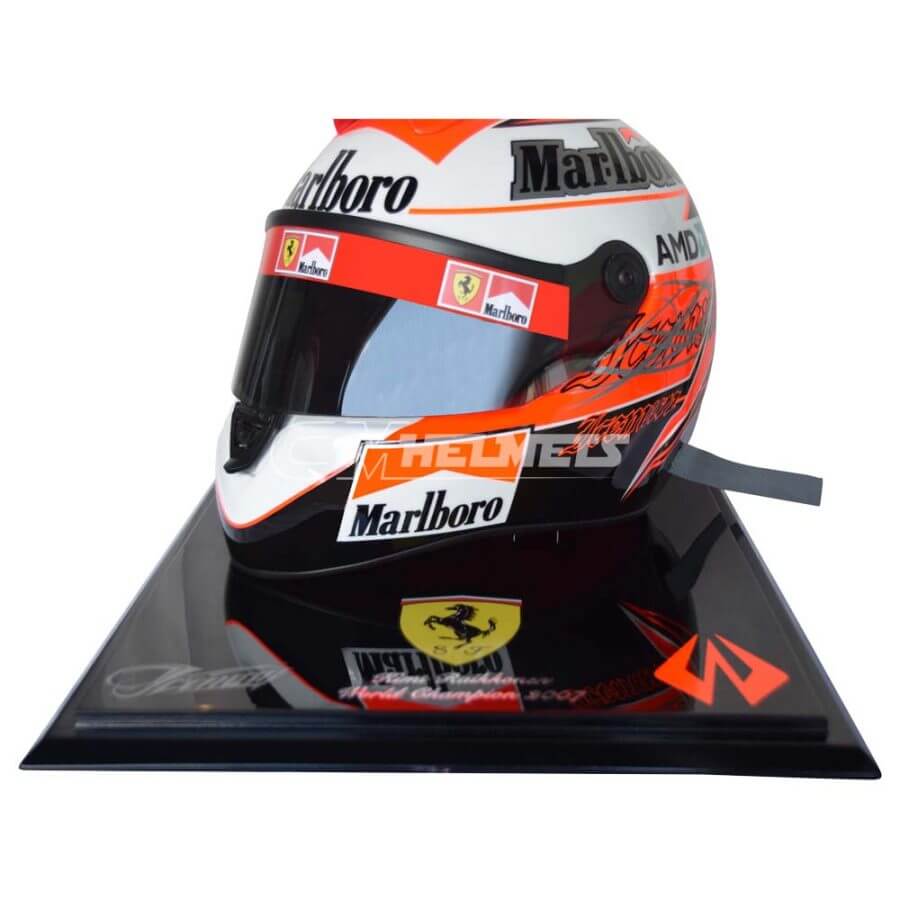 This is a commemorative edition of the Kimi Raikkonen F1 helmet worn in the 2007 season, the year of his championship with Ferrari.

The design is divided between white and black areas. The front is predominantly white, while the back and the top of the helmet are painted in black. Orange sections can be seen on the sides, with silver lines superimposed in them, also, two “Iceman” inscriptions are positioned on each side of the head protector. On top of the helmet, Raikkonen’s typical insignia can be seen, as is usual in his helmet collection.

The back of the helmet is black, with a black Prancing Horse created with white minimalist lines. The most noticeable change in this helmet from other 2007 designs, is the appearance of the Marlboro Barcode instead of the Marlboro inscription.

In the 2007 season, Raikkonen won six races, scored 110 points and beat the McLaren-Mercedes pair of Lewis Hamilton and Fernando Alonso by one point. The points system in 2007 awarded 10 points for a victory, and Raikkonen was 17 points behind Hamilton with only two races left, which makes his title as a great achievement and an example of persistence. 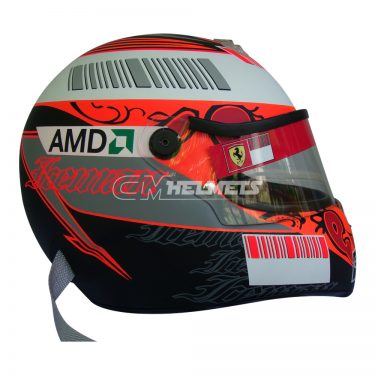 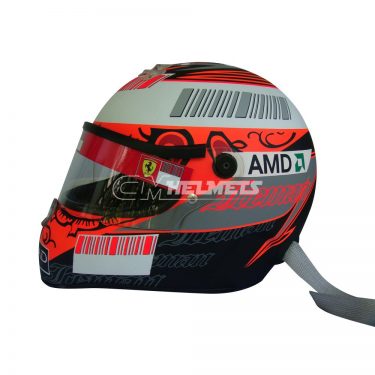 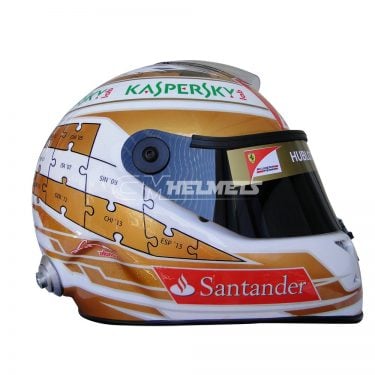 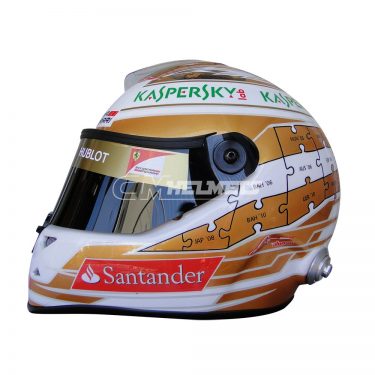 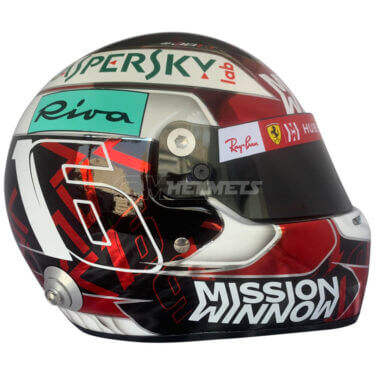 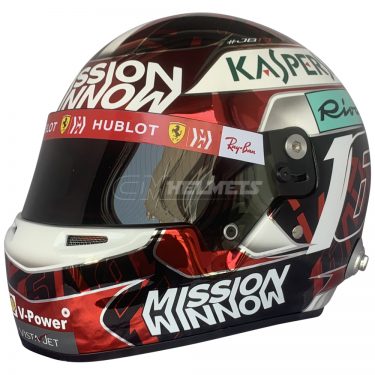 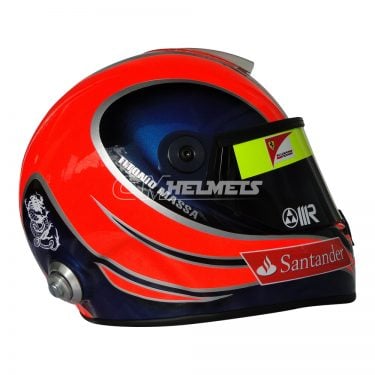 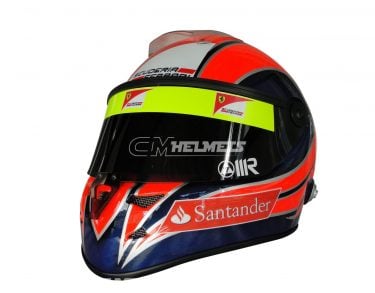 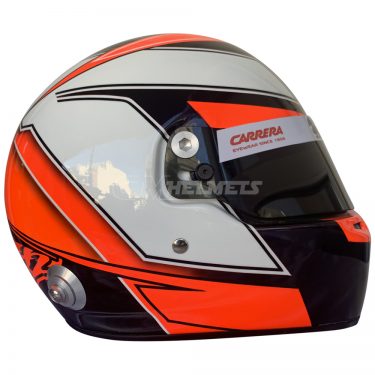 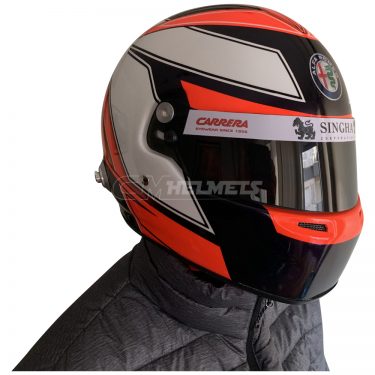 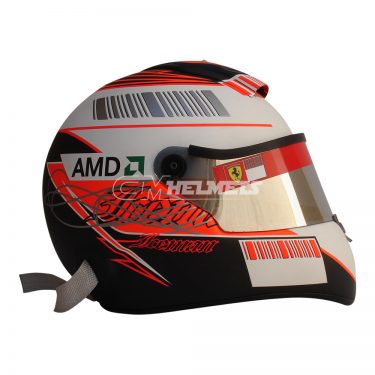 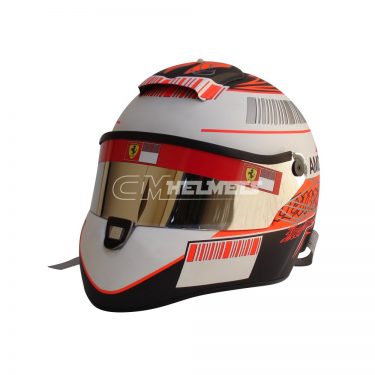