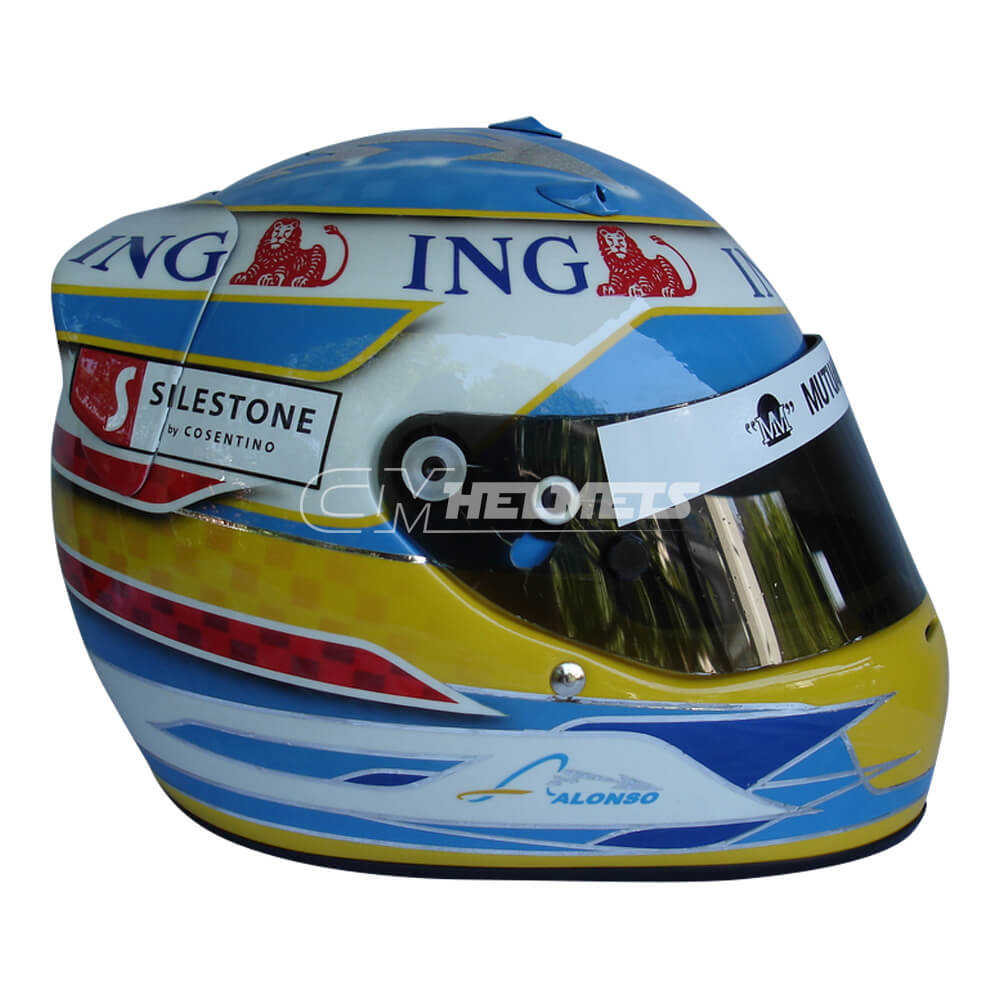 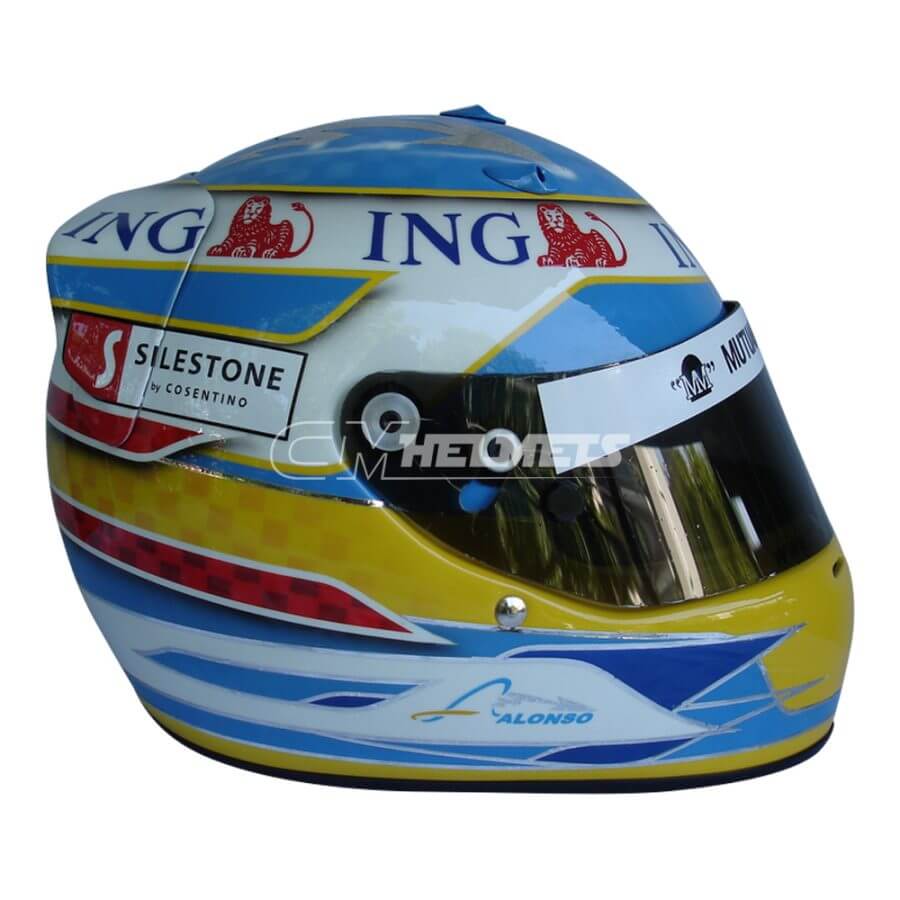 This is an exact replica of the helmet worn by Fernando Alonso in the 2008 Formula One season.

In his return to Renault, Alonso returned to his old colors too. After wearing a black and silver helmet with McLaren in 2007, the Spaniard went back to his light blue design with the Spanish flag on the sides. The livery had a white ring surrounding the top to include the team’s main sponsor logo.

An ace of clubs and an ace of hearts cards with the inscriptions “05” and “06”, relating to Alonso’s titles, written on them.

In 2008, Alonso won a couple of races in the final stages of the campaign at Singapore and Japan (he won the two races in a row). The Spanish champion finished fifth in the WDC with 61 points. 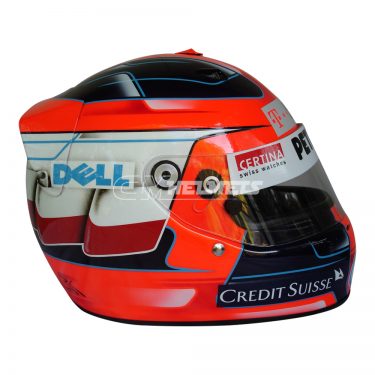 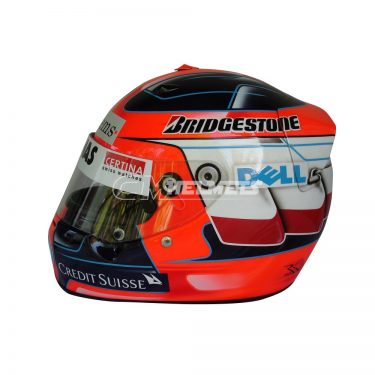 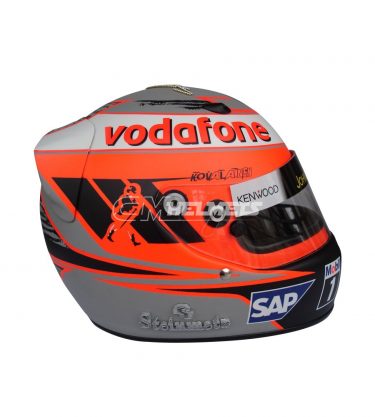 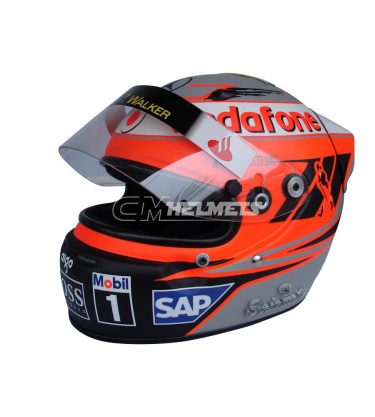 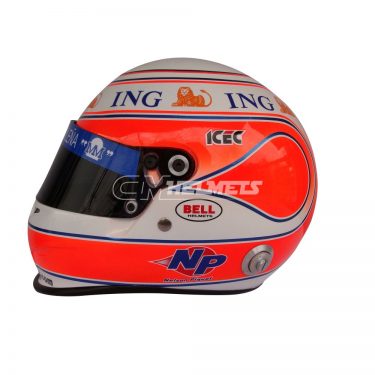 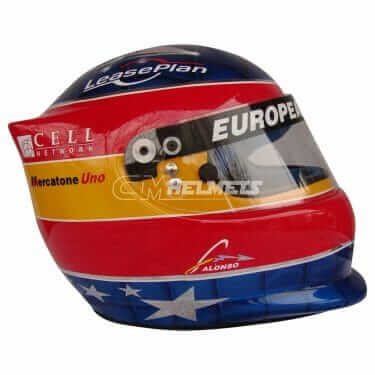 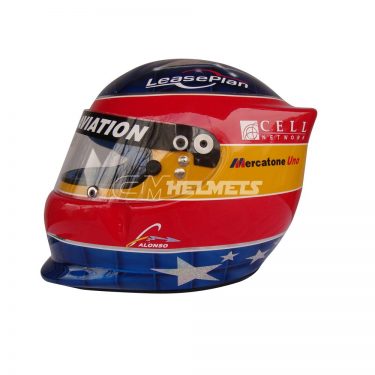 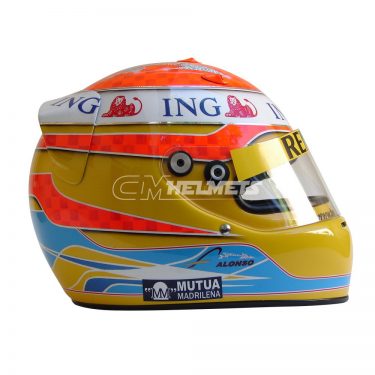 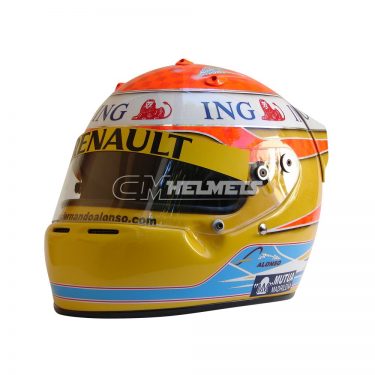