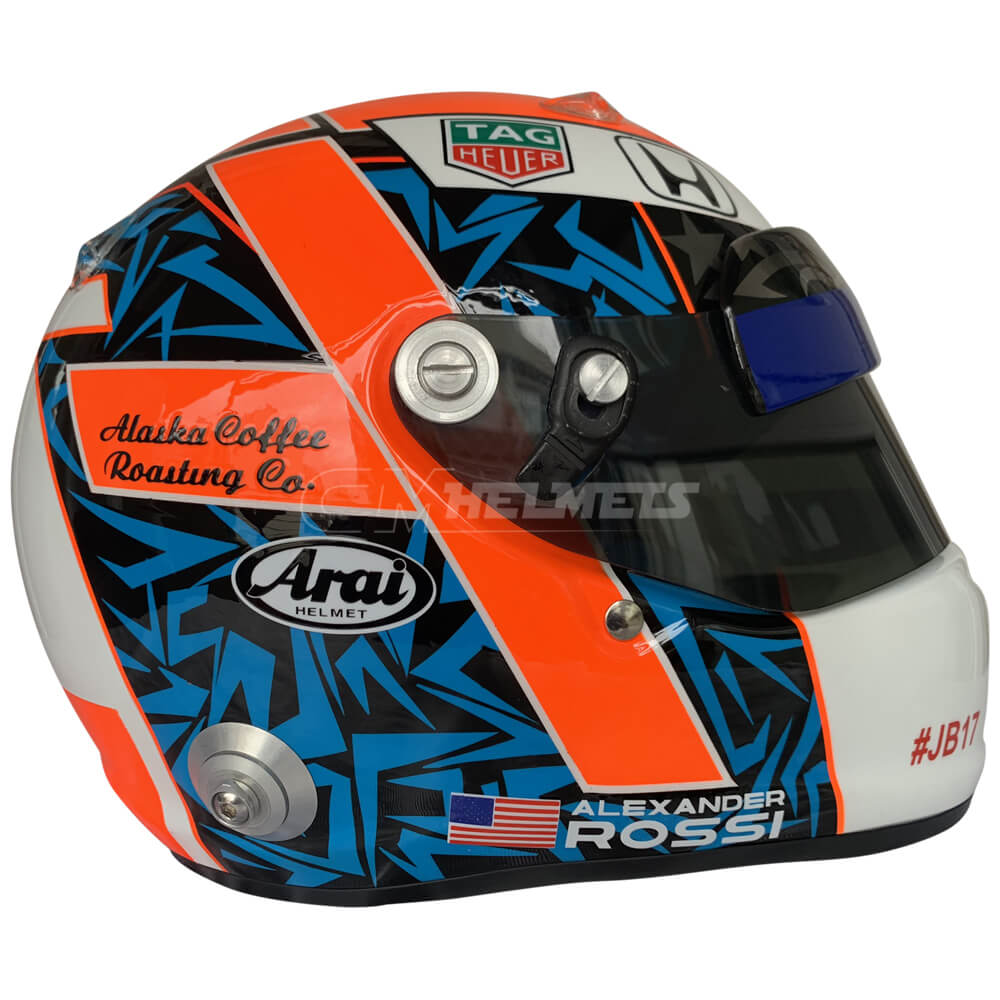 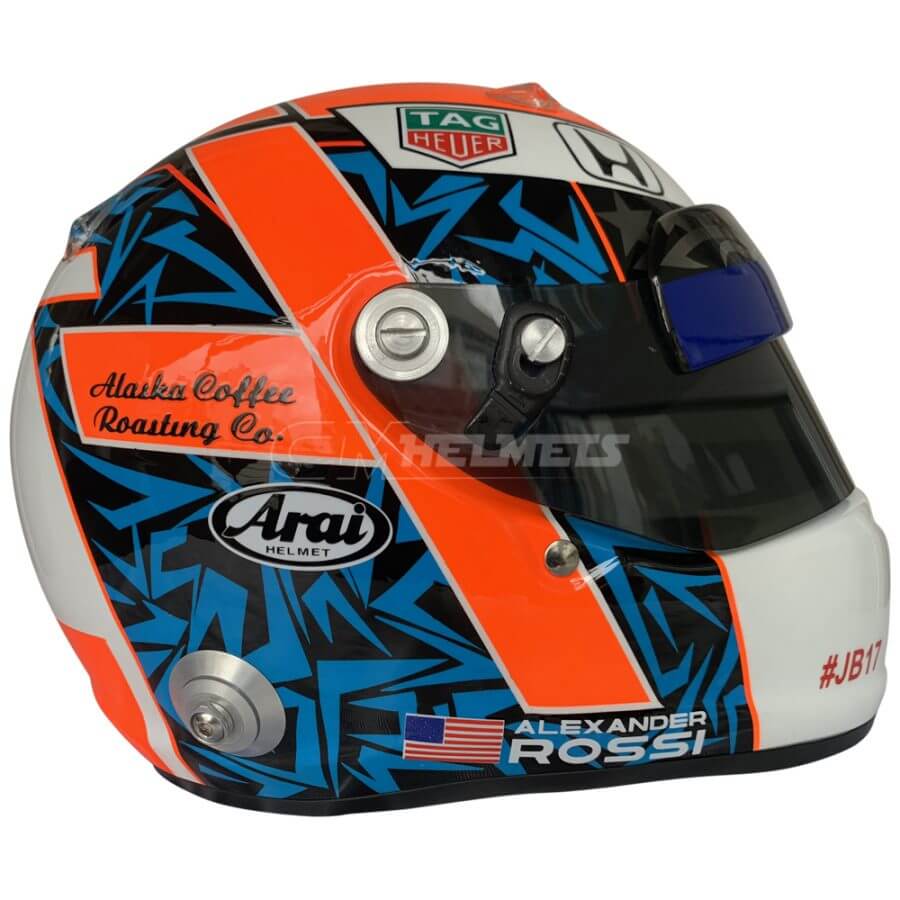 This is an exact replica of the helmet worn by Alexander Rossi in the 100th Indianapolis 500 and the 2017 Indycar Series.

The helmet’s design is divided into two areas, painted in white, blue and black. The back of the helmet and the area below the visor are colored in white, while the sites are black with blue details. The sides include orange stripes, while the top is painted in orange with Rossi’s racing car number (98) painted in white.

In the front, Rossi included the initials of the former Formula 1 driver Jules Bianchi, who died in 2015 after suffering a gruesome crash at the 2014 Japanese Grand Prix. Bianchi drove for Marussia, which was the team who gave Rossi the chance to make his F1 debut in 2015. Both drivers were part of the Marussia/Manor team in 2014.

Rossi won the 100th Indy 500 in 2016 with Andretti Herta Autosport after starting from 11th on the grid. 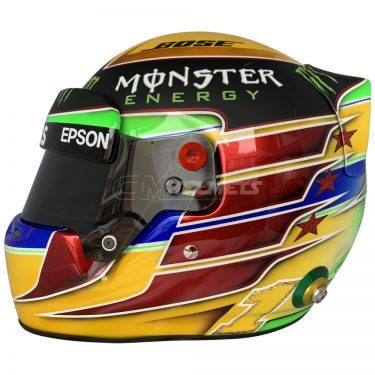 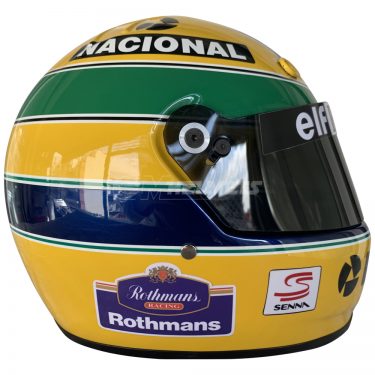 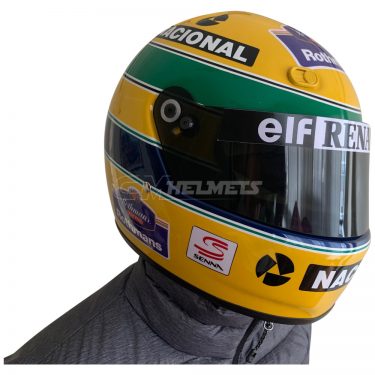 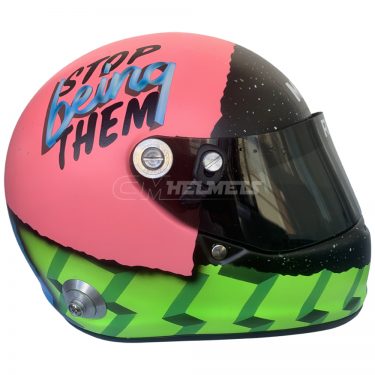 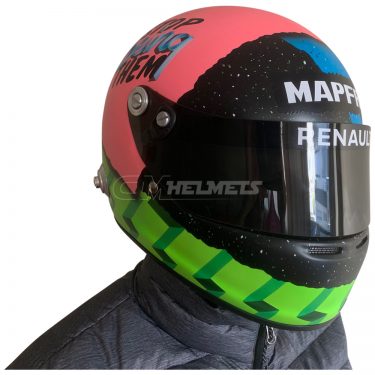 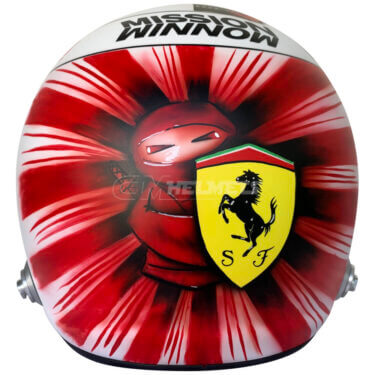 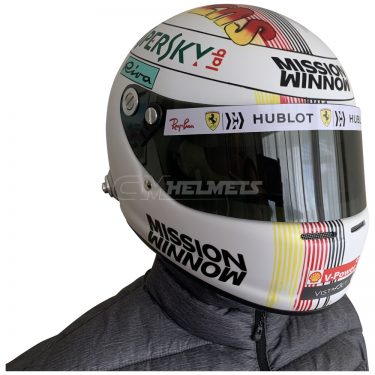