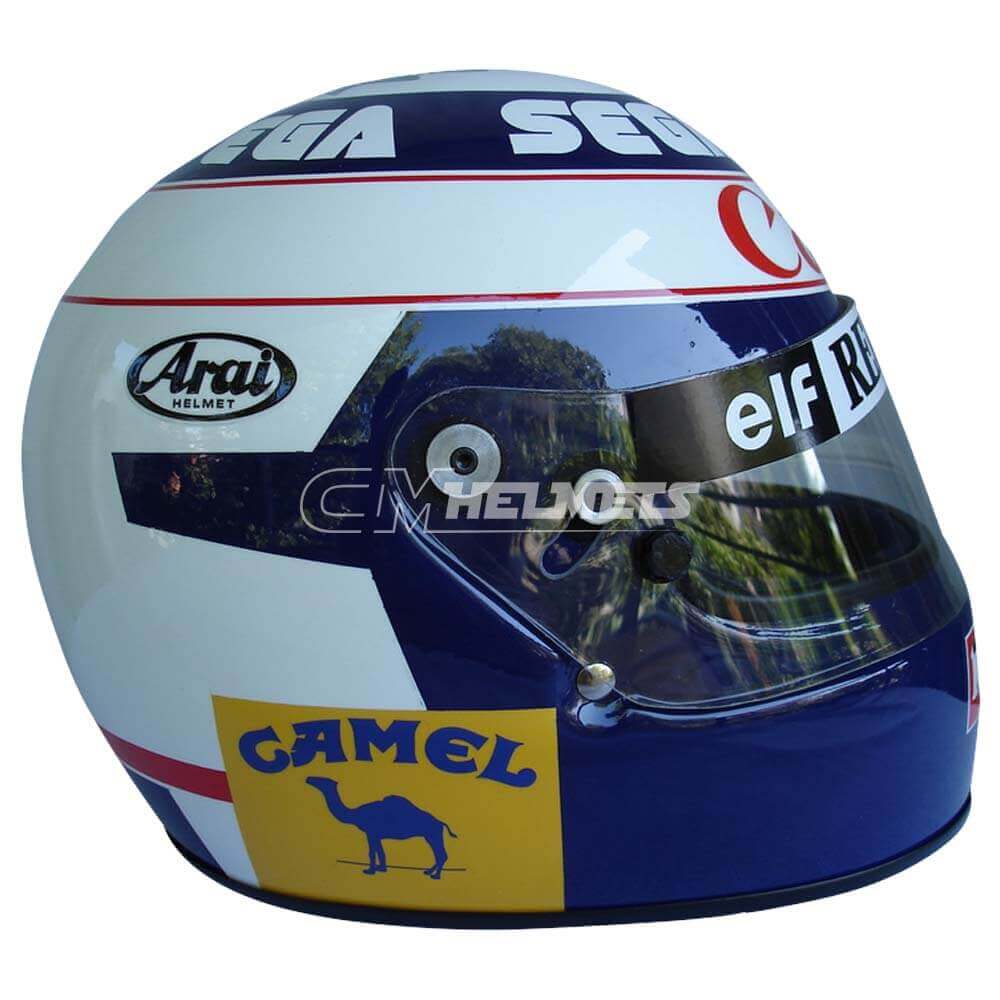 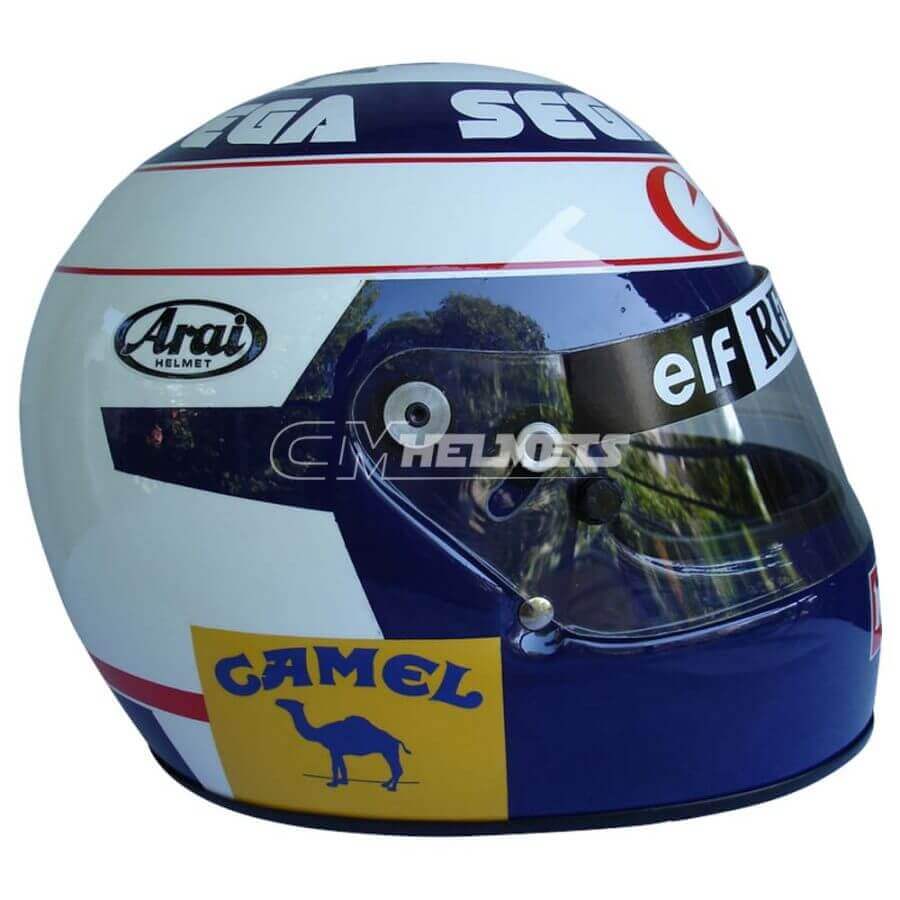 This is an exact replica of the helmet worn by Alain Prost in the 1993 season.

‘The Professor’ elected to maintain a similar helmet design for his last campaign in Formula 1, with the white, red, and blue colors of the French flag being the most noticeable aspect of his head protector. The difference between the 1993 helmet and his previous ones can be seen in the sponsors since he was driving for Williams for the first time in his illustrious career.

After taking a sabbatical in 1992, Prost returned to Formula 1 to take a seat at Williams, the undisputed champion of 1992. Prost’s 1993 season was fantastic, with the French racer taking home his fourth Formula 1 World Drivers’ Championship in dominant fashion. He won seven races, had 12 podiums overall, and added 13 poles to his resume.

Prost retired after the 1993 season as Formula 1’s all-time leader in victories with 51, until Michael Schumacher broke his record in 2001.

We use polyurethane paints which have excellent performance characteristics: adhesion, hardness, gloss, flexibility, and resistance to abrasion, impact, weathering, acids and solvents.
The helmets are manufactured using high standard procedures; the visors are made of polycarbonate, the best and strongest material.
This is a highly sought after collectors items. All the little aerodynamic shapes, colors and decals have been replicated to the perfection on this helmet. 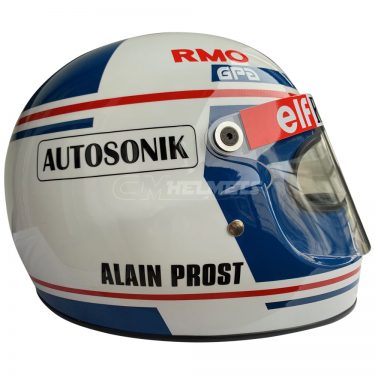 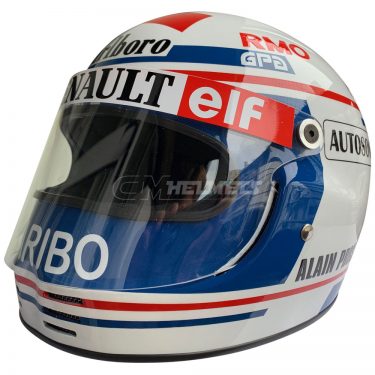 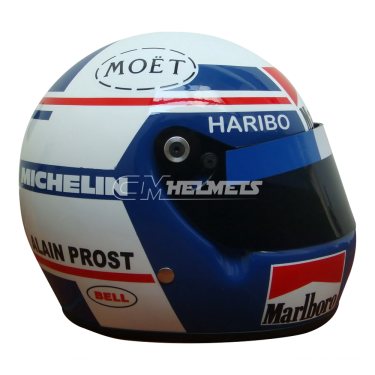 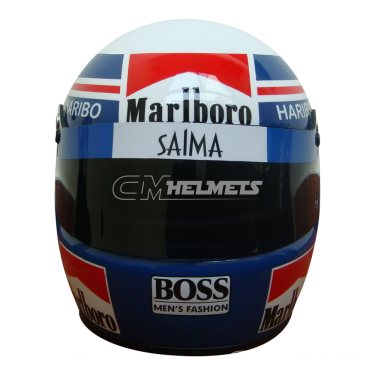 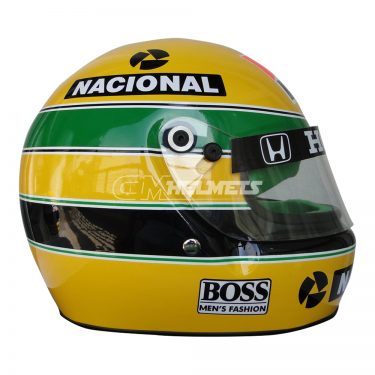 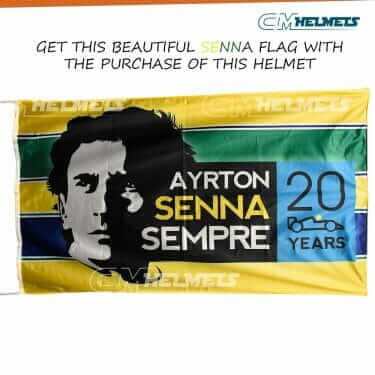 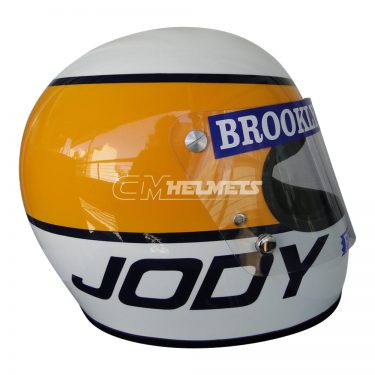 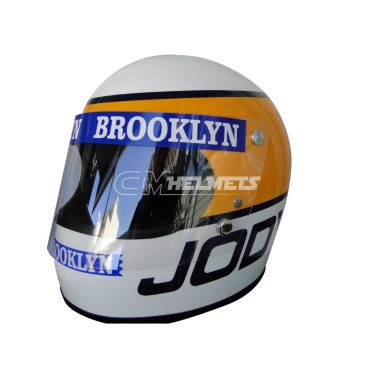 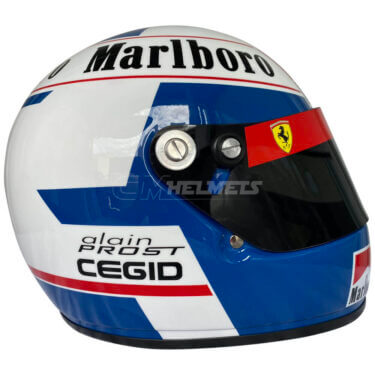 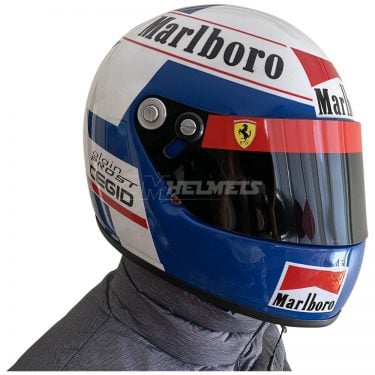 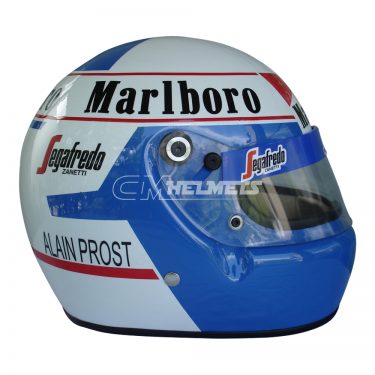 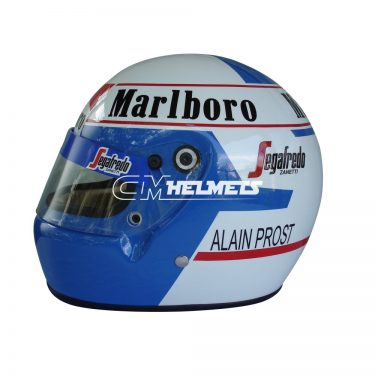